Executives After Hours with Dr. James Kelley: Executives #106: Tyler Kellogg - Youth Intervention Specialist, but that only scratches the surface 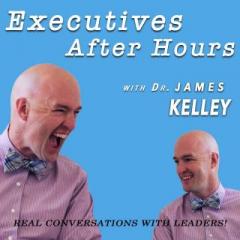 Today on Executives After Hours, Tyler Kellogg (youth crisis intervention specialist) Tyler and I go deep on death, the mad trucker who almost killed him, the summer of good deeds across America, and so much more. Tyler grew up on the lush green shores of Eastern Lake Ontario, in Northern New York. His history is saturated with extraordinary adventures, experiences, projects, and undertakings which have helped to catapult him into the public eye. In 2007 he was the youngest finisher of Ironman USA, a 140.6-mile triathlon in Lake Placid, New York. Then in 2009, Tyler curated a project dubbed "Tyler DoGood." Over the course of three months, Tyler traveled the East Coast of the United States, bestowing random acts of kindness upon strangers. This project led to countless talks at schools (K-12), colleges, religious congregations, conferences, and Fortune 500 companies. Tyler's art portfolio is derived from his observations of chaos, color, movement, and patterns seen in the world. To date, he has created a prolific body of artwork including hundreds of paintings, poems, and social projects. He continues to create something daily. Since 2010, Tyler has been featured on the BBC Radio One as well as other radio shows, has given several TEDx talks, received an unsolicited letter from Michelle Obama, and found himself featured on the cover of the Readers Digest's "Best of America" edition. His core driving force is a ceaseless cultivation of joy, compassion, and empathy without discrimination or expectation of repayment. Tyler's spent the past three years applying his patience and empathy in the youth crisis intervention field, where he's made it his mission to develop new methods of crisis deescalation that utilize compassion to disrupt tense and potentially violent situations. Frequently traveling the world, his most recent adventures have seen him road tripping the Himalayas of India, exploring ruins in Cambodia, capturing the architecture of Spain, and interviewing the people of America.  Tyler can be reached at any of the below-listed links. email: [email protected] https://www.instagram.com/theartoftyler/ https://www.facebook.com/Theartoftyler 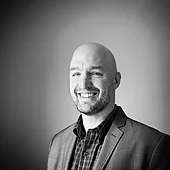 Dr. James comes to Conscious Business Network having accumulated an eclectic set of experiences, which allows him to quickly connect with his guests. He obtained a Ph.D. in ...