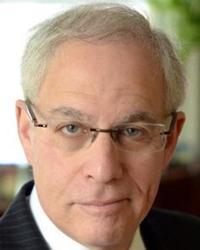 Adam K. Levin is a consumer advocate with more than 30 years of experience and is a nationally recognized expert on security, privacy, identity theft, fraud, and personal finance. A former Director of the New Jersey Division of Consumer Affairs, Mr. Levin is Chairman and founder of IDT911 (IDentity Theft 911) and co-founder of Credit.com. Adam Levin is the author of Amazon Best Seller "Swiped: How to Protect Yourself in a World Full of Scammers, Phishers, and Identity Thieves", available in bookstores now.

Mr. Levin’s mission is to educate consumers, businesses and lawmakers about identity management, privacy, credit and security issues. He is the security and credit expert for ABCNews.com and writes a weekly column that appears on ABC News, The Huffington Post, Yahoo!, AOL, MSN, and MarketWatch.

He is a contributor for Inc. Magazine and has written guest columns that have appeared in The Hollywood Reporter, The Hill, Bloomberg View, American Express Security Center, The National Cybersecurity Alliance blog, Entrepreneur and WIRED.