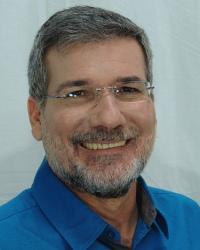 Admir Serrano, an unabashed believer in the immortality of the human spirit, is a long-time researcher, writer and lecturer on paranormal phenomena such as out-of-body experiences OBEs, near-death experiences NDEs, deathbed visions DBVs, after-death communication ADC, reincarnation, mediumship and the afterlife.

His interest in these topics began when he started having spontaneous OBEs and wanted to understand the phenomenon. He has worked as a hospice volunteer providing spiritual support to terminally ill patients, at which time he could witness first hand the deathbed-vision phenomenon. Academically, he has studied Business Administration, Liberal Studies, Psychology, and Theology. He is the author of three books on related topics in his native Portuguese language. The End of Death is his first book in English.

He lives in Miami, Florida and is a frequent lecturer in English, Portuguese, and Spanish.