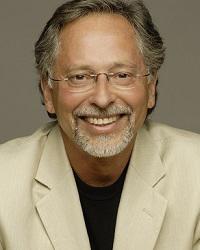 Ajayan Borys a-Jay-an Boris aka Henry James Borys has been exploring and teaching a variety of meditation practices since 1970. He studied in residence under Maharishi Mahesh Yogi, founder of the Transcendental Meditation Program and spent a decade teaching the TM Program. In the mid-90s, he studied with India's most widely revered contemporary female saint, known as the "hugging saint" Mata Amritanandamayi or Ammachi, A-ma-chi, serving as the meditation teacher at her ashram in Kerala, India. He also spent time with holy men and yogis in the Himalayas of Uttaranchal, a haven for saints throughout the ages, where he researched the spiritual practices indigenous to that area.


Having guided thousands in meditation throughout North America, Australia, Europe and India, Ajayan has gained international renown as a consummate teacher, and is the founder of a uniquely effective program of meditation, called Effortless Mind.


He is a registered hypnotherapist, Reiki Master, and certified Enneagram teacher, and author of Effortless Mind: Meditate with Ease New World Library, 2013, The Way of Marriage: A Journal of Spiritual Growth through Conflict, Love, and Sex Purna Press, 1991; HarperCollins, 1993, The Sacred Fire: Love as a Spiritual Path HarperCollins, 1994, and numerous articles on meditation and relationships as a spiritual path. In 2010, Ajayan launched Mind Matters Radio on the Healthy You Radio Network.