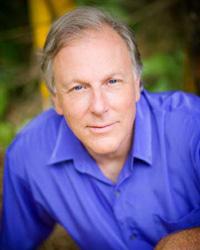 Alan Cohen is a heart act to follow. One of the most popular inspirational writers and speakers in America, his books, tapes, syndicated column, and transformational seminars have touched the lives of millions of people who have found the courage to believe in themselves and follow their dreams. He is the author of over 24 popular inspirational books.


A contributing writer for the New York Times 1 best-selling Chicken Soup for the Soul series, one of Alan's pieces has been produced as an episode on the Chicken Soup television series. His book of daily inspirational thoughts, A Deep Breath of Life, received the Body Mind Spirit Magazine Award of Excellence. Alan's books have been translated into 18 foreign languages.


Each month Alan's column, From the Heart, is syndicated in over 85 magazines and newspapers internationally. His interviews and articles have been acclaimed in Science of Mind, Personal Transformation, New Woman, First for Women, New Realities, Human Potential, USA Today and Visions magazines.


Alan is a frequent guest on radio and television shows throughout the nation. He is a faculty member at Omega Institute, America's largest center for holistic education. He is sought out to address corporations and personal development organizations throughout the United States, Europe, the former Soviet Union, Japan, Indonesia, the South Pacific and South America.


Alan resides in Maui, Hawaii. Alan's programs include his new All About U. personal coaching program, higher learning for the higher self and Wisdom For Today from Alan Cohen, which is a unique subscription service for a daily e-mail wisdom lesson from Alan.