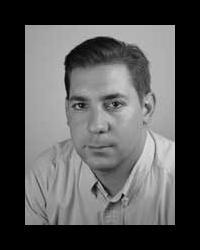 Alan Eisenberg is the founder and creator or the website, "Bullying Stories: Dealing with Bullying from an Adult Perspective", which began in 2007. He grew up in Maryland, Massachusetts, and Virginia.

Alan is a happily married father of two boys and has had a successful career as a new media web and video producer/programmer in the Washington, DC area.

During his younger years from 6-14 he suffered from relentless bullying, particularly during his years in Lexington, MA. While that ended long ago, he has found that the long term effects of those important years stay around well into adulthood. In doing extensive research to prepare for his website, Alan found that was not alone in dealing with bullying and that the long-term effects into adulthood are common issues.

He started his website to tell his stories, share others stories, and raise awareness to the bullying issue to create societal change. Recently Alan has written a play titled "Standing Up" in conjunction with the W.T. Woodson High School drama students in Fairfax, VA that is performed in schools. He also travels and speaks to adults and youths about his experiences dealing with bullying.