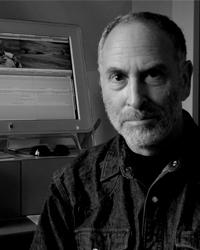 Alan Honick is a writer and filmmaker whose work has won recognition in several categories, with awards for photography, editing, writing, and producing from the Society of Professional Journalists and several national and international film festivals. His primary pursuit has been the use of film and video to bring science to bear on issues of human interaction with the natural world, and how that interaction affects our own sustainability. From the early days of the Internet, when he was one of the first adopters of digital video technology, he has been developing methods for utilizing its potential to merge the creative and technical aspects of the medium to create a new approach to video journalism.


Early in his career he produced educational films about water resources, pollution, and energy issues. In the early 1990's he began to concentrate on two issues central to the economics and politics of the Pacific Northwest forests and salmon. During that time he produced the documentaries Critical Habitat, an exhaustive exploration of the scientific, political, and economic issues that surrounded the controversy over the Northern Spotted Owl, and Torrents of Change, which examined the relationship between road-building, clear-cutting, and landslides, and became part of a process that led to the banning of new roads across millions of acres of National Forests.