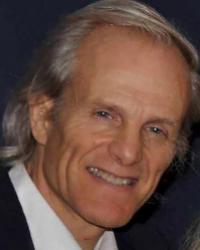 Alan Steinfeld is the host and producer the popular cable program, New Realities. The show investigates metaphysics, spirituality, UFOs and healing. Steinfeld is the founder and curator of the NY Spiritual Film Festival that is held in New York city November 7, 2013 to November 10, 2013.


Alan has interviewed the leading edge thinkers in the human potential movement. Alan feels that by investigating and shifting our worldview we create new realities, which open us up to the latent potentials that lay in the human beings.