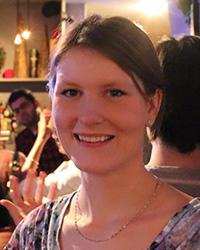 Alanna Ketler has been a part of Collective Evolution since May 2010, when she moved from her hometown of Fort St. John, British Columbia to Toronto Ontario. Just recently in September of 2013 she was able to become a full time contributor to the website. Bringing awareness to the world is one of Alanna's passions, along with animals traveling and baking

She looks forward to continuing to see a lot growth and massive changes happening within us as a collective and with the planet as a whole.