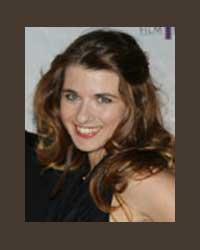 Alethea Root is a dedicated Director, Producer and Production Designer who enjoys making a script come to life. "If you can dream it, she can build it," whether through her directing, producing, or building the sets, Alethea knows how to bring the script to screen."


Alethea made her feature film debut with PART TIME FABULOUS as director. PTF combines a narrative documentary to weave its story of love, hurt and healing as it explores and exposes what it is like to live with and manage Clinical Depression.


Since directing PART TIME FABULOUS Alethea has gone on to co-produce A THOUSAND CUTS, directed by Charles Evered, starring Michael O'Keefe with producer Kim Waltrip. Alethea is slated to direct Waltrip's next feature film currently titled THE CHRISTMAS LOT. She is also in development on MUMBET, the true story of the first African American to win her freedom from slavery nearly 80 years before the Emancipation Proclamation. Root directed Episode 2 of the comedy web series, EVIL SHRINK, starring Taylor Negron and Hamish Linklater. She has also directed several short films including UN PETIT JEU, BEAUTIFUL, HILLS LIKE WHITE ELEPHANTS, and a documentary short CRASHING CARS.


Before moving to Los Angeles, Alethea directed and taught theater in the Berkshires. Tony Award winning director Julianne Boyd and Alethea co-directed Eric Bogosian's SUBURBIA, to expose the danger of boredom and drug abuse in their own hometown. Following SUBURBIA Root went on to tackle such issues as suicide in SENECA'S CHILDREN at Bennington College, rape and abuse in EXTREMITIES by William Mastrosimone, and fun in HUCKLEBERRY FINN with Barrington Stage Company.


Alethea Root is also known for her work as the Production Designer on the Academy Award winning short film WEST BANK STORY, and Art Director on the Emmy winning webisode DR. HORRIBLE'S SING ALONG BLOG, directed by Joss Whedon.