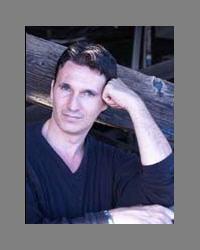 Alfonso DeRose is an author, consultant, and he coaches for both mental and physical performance. He helps people from all walks of life become more healthy and successful; he shows them how to reach their maximum potential.

Alfonso was born in Italy where his father was a Congressman and the Minister of Public Works. As a result, Alfonso started working in various political campaigns at a young age. Because of his determination and self-discipline, he achieved success in a number of areas early in life. He played and won several trophies in a variety of sports and activities including soccer, martial arts, and American football. By the age of 20 he was the Italian Champion of the International Federation of Body Building. While serving as a physical trainer in the Italian Force, he discovered that his purpose in life was to help others achieve their own personal breakthroughs.

Once in USA, he began to help people achieve clarity and laser focus as well as naturally slim bodies, the lack of which causes such profound unhappiness and inefficiency in current times. His insatiable curiosity for life has led him to travel extensively in various Asian countries where, in keeping with his deep empathy, he uses his techniques and wisdom to help many people overcome poverty and human slavery.

He is a hypnotherapist and a master NLP trainer. Following extensive studies in spiritual science, he is now dedicating a grand part of his life to meditation.

Alfonso DeRose currently resides in Los Angeles where he works as a performance coach and motivational speaker.