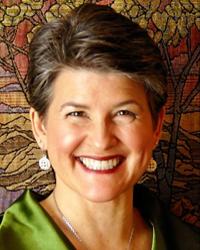 Born in Laguna Beach, California in 1960, Alison Armstrong has been designing and leading transformational programs for adults for over 20 years. In 1995, after four years of studying men for her personal benefit, she created the Celebrating Men, Satisfying Women workshop to share her extraordinary findings with women across the nation. With her friend Joan McClain, a banking executive, she founded PAX Programs Incorporated with the mission of altering societys culture by transforming the way women relate to men.

No stranger to revolutionary initiatives, in 1990 Armstrong founded the Orange County Summit for Children, a bold project described by the Presiding Judge of the Orange County Juvenile court as one which, has forever altered the way childrens issues in Orange County are addressed. LA Times For 2 years, Armstrong provided the vision and inspiration in persuading representatives of government agencies, nonprofit organizations, educational institutions and philanthropic foundations to align and cooperate in serving the needs of Orange County children.

So how did Armstrong get from and being an advocate for the homeless to teaching women how to understand and appreciate men?
Half the homeless in Orange County are children. And the root of homelessness for many adults lies in childhood things that didnt happen that should have, like learning to read; and things that shouldnt have happened but did, like abuse. In 1994, my personal compulsion to understand men converged with my personal and professional commitment to children. I realized one of the best ways I can help children is by altering the way their parents relate to each other. By shifting those relationships from the adversarial context we inherited, to the partnerships that are now possible, parents can create home environments in which their children flourish. Armstrong continued, We receive wedding announcements and baby pictures with thank you notes saying this wouldnt have been possible without your work, and I think theyre wonderful. But I am moved to tears when I hear about a family that was restored or a divorce that was prevented.

Home and Family
Armstrong has been married since February 1993 to Greg, the motorcycle riding, piano playing C.P.A. They live with their two daughters in Southern California. Armstrongs son lives with his father in Northern California. People often comment on her marriage, assuming they must be newlyweds. Greg and I sometimes make people uncomfortable, although we dont mean to. I just have the worst crush on him. And, she adds with a smile, Greg says he worships the water I walk on.