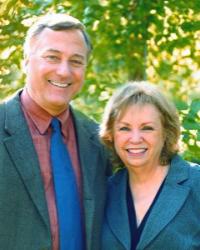 In 1996, Allen Anderson and his wife Linda Anderson founded the Angel Animals Network. Their fifteen books about the benefits of pet family members have been translated into multiple languages and were featured on Oprah.com, the Today Show, ABCs Nightly News, BBC Radio, Washington Post, LA Times, Amazon.coms Hot 100, and B&Ns Top 10. The Andersons live in Minneapolis with their dog Leaf, cat Cuddles, and cockatiel Sunshine. Andersons 2006 book about animal rescue won the prestigious American Society of Journalists & Authors Outstanding Book Award. He received a commendation by the Governor for his contribution as an author to the state of Minnesota. He teaches writing at the Loft Literary Center and donates a portion of his books proceeds to animal welfare.