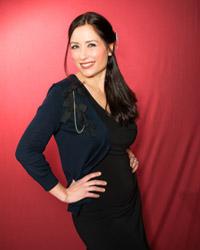 Allyson Spellman is the founder of Unleash Your Voice. She is a freelance writer, speaker, a "Mompreneur" and empowerment coach dedicated to helping women redeem and unleash their authentic voice- loudly, boldly and unapologetically.

She is also the creator of "Sheeple Reform School" designed to free women from unknowingly subscribing to a herd mentality, following the crowd and unintentionally undermining their own identity and voice.

Her passion is fueled by overcoming her own story of settling for less and subscribing to what she calls "Cults of Captivity," distorted underlying beliefs we unconsciously worship and blindly follow. These beliefs came out in various ways for her including compulsive shopping, eating disorders, abusive relationships, job hopping, yo-yo dieting and unknowingly joining a religious cult.

When Allyson decided to leave the cult-like religion and everything behind in New York City including her marriage is when she truly began to live. She started living a life she owned rather than living a life full of expectations and self-sabotaging beliefs.

Like a phoenix rising from the flames, not only did Allyson completely rebuild her life in her mid-thirties, she reclaimed her true voice that was silenced for so long. A year later, she built a successful business, coached hundreds of women and married her soul partner and is now a proud Mommy.