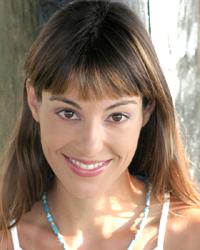 As if Mountlake Terrace-based The Greek Gods wasnt already having a banner year with a growing number of store placements throughout the United States, its yogurt line is also getting a national boost: Holistic chef, nutritionist and The Yogurt Diet author, Ana Luque, recommends this ultra creamy yogurt, made in the European tradition with whole fat and healthy with probiotic cultures.

Ana was born in Spain, where she spent most of her formative years. She had the great privilege to grow up in a family that had a passion for food and cooking, and also realized the health benefits of eating homegrown organic fare. From an early age she spent long hours in the kitchen with the family cooks, her mother and grandmother, from whom she learned to be a skilled cook of classic Spanish cuisine. She also learned, first hand, about the healing properties of food. Since that time she has traveled extensively throughout the world, and has spent a number of years living and studying about food and nutrition in a variety of different countries and cultures.

She has worked as the private chef and food coach for Hollywood celebrities as well as other select clients, teaching them to achieve their weight goals effortlessly, while still enjoying the great pleasures of eating sublime food and drinking fine wine. In addition, Ana has appeared in the E hit show, Dr. 90210, as the private healthy chef of plastic surgeon Dr. Gary Alter.

Ana Luques unique background, tireless creativity, insatiable hunger to learn, and a willingness to help others has allowed her to combine all her skills in creating her proprietary SALUD FOOD COACHING program.

Ana has written her first book, The Yogurt Diet so that she can reach a greater audience and teach people how it is possible to eat well and enjoy all kinds of food for pleasure while still achieving the kind of radiant health which will allow them to maintain an ideal weight and extend the quality of their lives.

Now a resident of Los Angeles, Ana first became established in the food business as the chef/owner of her own catering company and, whenever time allows, she still caters to a list of foodie clients who seek her out for the best tapas small Spanish dishes and Spanish cuisine in all of Southern California.