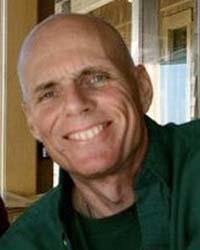 Andrew Brewer, "The Rock n Roll Psychic," is an internationally televised clairvoyant, astrologer, and remote viewer. He is the author of 10 books and 3 Tarot/Divination decks. Recently voted "The 57th Best/Most Trusted Psychic in the World" in an international poll of 500,000 voters in 126 countries conducted by "UFO and Supernatural Magazine," he has over 1000 radio and television appearances to his credit, perhaps most notably as the featured clairvoyant on "Kebrina's Psychic Answer," syndicated throughout the U.S. and Canada from 1992-94, with co-hosts Erik Estrada "CHIPS" and Jenilee Harrison "Three's Company" and "Dallas".


Andrew has also worked as a film actor in Hollywood and has been featured in front page articles in both "The Los Angeles Times" and "USA Today." He is also the Owner and Publisher of "The Alchemical Heart Magazine."