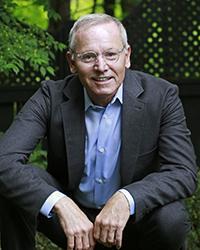 Andrew Faas is a management advisor and author of “The Bully’s Trap: Bulling in the Workplace.” His expertise is in helping organizations to create psychologically safe and productive workplaces. He is a former senior executive with Canada’s two largest retailers and now heads the Faas Foundation which looks to find sustainable solutions to current social and economic issues, focusing on health, education and medical research. The Faas Foundation is partnering with Yale Center for Emotional Intelligence, Mental Health America and the Centre for Addition and Mental Health on an initiative to help organizations create healthy and productive workplaces. Faas has a unique perspective on the topic of workplace bullying in that early in his career he was called out as a bully (which he said was life-changing), he was a witness and bystander to bullying and eventually became a bully’s target.