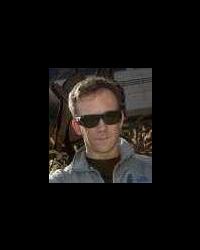 Andrew Schmeder is the CEO and co-founder of EnChroma. He has led the company since it’s founding in 2010 to bring color to the colorblind. His company is the first of it’s kind to correct the balance between signals from the three photo pigments in the eye allowing people to see normal color for the first time.

Andrew earned his B.A. in Mathematics from the University of California, Berkeley in 2002 and has successfully co-authored a US and international patent and 19 technical publications. Schmeder's expertise spans applied mathematical modeling and optimization, electronic design and fabrication, software automation, and perceptual psychophysics. Before EnChroma, Andrew also worked with the Hafter Auditory Perception Lab at UC Berkeley.

Andrew has spoken at numerous conferences worldwide and has been featured along with his company in numerous publications including the New York Times, Forbes, CNN Money, and Bloomberg Business.

You can learn more about Mr. Schmeder and his company at www.enchroma.com