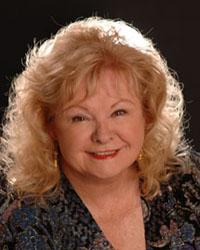 Whats it like to get inside the mind of a killer, or to experience the terror and pain of a murder victim? Annette Martin knows. Annette works as a psychic detective/medical intuitive and ghost detective work and has helped more than 60 law enforcement agencies, including the FBI, for over 40 years solve heinous crimes. She even became the first psychic sworn in as an expert witness in a court of law for a murder case.

Annette has been termed by the media as the "Radio Psychic" due to being the hostess of the 1st psychic radio talk show, in 1976, on the airwaves across the US. She has been a featured guest on hundreds of radio programs in the US and abroad. Her new radio show Annette Martins Psychic World, airs on http://www.HereWomenTalk.com every Wednesday at 11am Pacific, 2pm Eastern.

John Holland, well-known medium, refers to Annette Martin as, "The Mother of all Psychics."

Her predictions are uncannily accurate. In a reading requested by John Denver, she said she saw him flying a small craft that would tumble into the ocean. Fifteen years later he would die exactly that way.