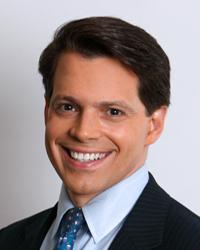 Anthony Scaramucci is a Managing Partner of SkyBridge valued at 7.4 billion dollars.Author of Goodbye Gordon Gekko and a technical adviser to Oliver Stone for his new movie: Wall Street: Money Never Sleeps. http://www.SkyBridgeCapital.com

Prior to SkyBridge, he was also the co-founder of Oscar Capital Management, which was sold to Neuberger Berman, LLC in 2001 after building a managed account business and four hedge funds having in aggregate more than 800 million of assets. Upon Neuberger Bermans sale to Lehman Brothers in 2003, he served as a Managing Director in their Investment Management Division. From 1989 to 1996, Mr. Scaramucci was at Goldman Sachs & Co., where in 1993 he became a Vice President in Private Wealth Management.