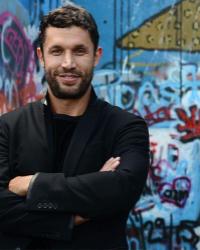 A 20 year native of Austin, TX, Aubrey graduated from the University of Richmond in 2004 with a degree in philosophy and classical civilization. He soon founded a boutique marketing firm, specializing in brand development and eCommerce. It was during these seven years running the agency that Aubrey conceived of Onnit.

Inspired by his lifelong experience as a multisport athlete — as well as his background in ancient philosophy — his goal was to create a company that empowered people to achieve their fullest human potential. With the launch of the firm’s flagship supplement Alpha BRAIN in 2011, Onnit was born.

In addition to the range of products offered on Onnit.com, Onnit is sole owner of Black Swan Yoga, four time winner of the Best Yoga in Austin. Austin is also home to the Onnit Academy Gym, featuring DeFranco’s Gym and 10th Planet Jiu Jitsu at the Onnit Academy.

Aubrey is currently the host of two celebrated podcasts: Aubrey Marcus Podcast and the Total Human Optimization. He regularly makes appearances on a variety of media outlets, including the Joe Rogan Experience, The Jason Ellis Show, Dr. Oz, The Doctors, and Entrepreneur. He also launched an online course in 2016 called Go For Your Win.