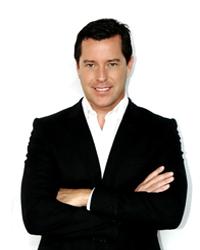 Austin Vickers began his career as a trial lawyer in 1989 for one of the largest law firms in the world. He then moved on to an international corporate law practice with a division of the Colgate Palmolive Co, ultimately serving as General Counsel of its European Division based in London, England, where he was responsible for managing its legal affairs in over 15 countries. In September of 2000, Austin resigned his position at Colgate to focus on his passion for "guiding the vision and development of people and organizations."


He is the creator and director of The Center, a leadership training facility in Phoenix, Arizona, co-founder of the Human Process Mastery Institute, a personal leadership program. For the last decade he has been entertaining and educating audiences across North America, delivering his keynotes and leadership training programs to some of the world's leading corporations, including Intel, 3M, Wells Fargo, Veolia Transportation, Merial, and numerous Fortune 500 business executives. Austin also has an active interest in working for and on behalf of women, children and the homeless.


In 1990, he was awarded the State Bar of California's highest Pro Bono award for his work with the homeless, and today offers his online leadership training program free of charge to women and men in homeless shelters across the country and to the employees that serve them.