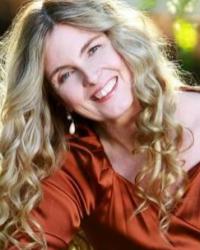 Ayn Cates Sullivan, MA, MFA, Ph.D. is an award-winning and bestselling author focusing on mythology and folklore for the modern age. Sullivan’s series, “Legends of the Grail” includes two highly acclaimed books, Heroines of Avalon and Other Tales and Legends of the Grail: Stories of Celtic Goddesses. Dr. Sullivan obtained her BA with honors at Hollins University, her Masters and Doctorate in Literature from Columbia University and King’s College London. She continues to study with British experts on Celtic myth and legend, including John and Caitlin Matthews. Dr Sullivan is a member of OBOD, the Order of Bards, Ovates & Druids. She is also involved in the Ridhwan School, and practices the Diamond Approach to awakening.

After obtaining her Masters in Spiritual Psychology (2006), she began working with individuals and small groups. She loves to assist creative women and men who are beginning to awaken to their True Nature. Because she loves writing, she tutors a few emerging authors each year. Dr. Ayn Cates Sullivan is also the author of an award-winning series of inspirational children’s books and has won more than thirty literary awards for her works.

• Title: Heroines of Avalon and Other Tales and Legends of the Grail: Stories of Celtic Goddesses with Ayn Cates Sullivan

• Title They were the Celtic Goddesses and Heroines whose stories have been kept alive for hundreds--if not thousands--of years, and who have inspired women throughout the ages to seek and take sustenance from the Divine Feminine, to nurture themselves and their feminine essence in the light cast by these figures. And to honor the balance of nature.