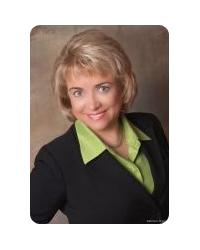 Barbara Loe Fisher is president of the National Vaccine Information Center NVIC, a non-profit charity she co-founded with parents of DPT vaccine injured children in 1982. For the past three decades, she has led a national, grassroots movement and public information campaign to institute vaccine safety reforms and informed consent protections in the public health system. She has researched, analyzed and publicly articulated the major issues involving the science, policy, law, ethics and politics of vaccination to become one of the world's leading non-medical, consumer advocacy experts on the subject.


She is co-author of the seminal book DPT: A Shot in the Dark Harcourt Brace Jovanovich 1985; author of The Consumer's Guide to Childhood Vaccines 1997 and Vaccines, Autism & Chronic Inflammation: The New Epidemic 2008; video commentator for the NVIC Vaccine E-Newsletter and Mercola.com; and a blogger at www.VaccineAwakening.blogspot.com. Her long public record of vaccine safety and informed consent advocacy was featured in the 2011 award winning film documentary THE GREATER GOOD.


The daughter of a nurse and an Army officer, she graduated from the University of Maryland with a B.A. in English and was a writer and community relations professional at a teaching hospital before becoming a Mom in 1978. The mother of three grown children, her oldest son suffered a convulsion, collapse and brain inflammation within hours of his fourth DPT shot in 1980 when he was two and a half years old and was left with multiple learning disabilities and attention deficit disorder.