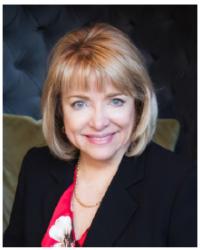 Barbara Loe Fisher is president of the National Vaccine Information Center (NVIC), a non-profit charity she co-founded with parents of DPT vaccine injured children in 1982. For the past three decades, she has led a national, grassroots movement and public information campaign to institute vaccine safety reforms and informed consent protections in the public health system. She has researched, analyzed and publicly articulated the major issues involving the science, policy, law, ethics and politics of vaccination to become one of the world’s leading non-medical, consumer advocacy experts on the subject

She is co-author of the seminal book DPT: A Shot in the Dark (Harcourt Brace Jovanovich 1985) and author of The Consumer's Guide to Childhood Vaccines (1997); Vaccines, Autism & Chronic Inflammation: The New Epidemic (2008) and Reforming Vaccine Policy & Law: A Guide (2014) and The Emerging Risks of Live Virus and Virus Vectored Vaccines: Vaccine Strain Virus Infection, Shedding and Transmission (2014). She is a video commentator for the NVIC Newsletter and Mercola Newsletter and a blogger at www.VaccineAwakening.blogspot.com. Her long public record of vaccine safety and informed consent advocacy was featured in the 2011 award winning film documentary THE GREATER GOOD.

Her 1985 book, DPT: A Shot in the Dark, which she co-authored with Harris Coulter, Ph.D., was the first major, well documented critique of America's mass vaccination system calling for safety reforms and the right to informed consent to vaccination. She worked with Congress to include vaccine safety provisions in the National Childhood Vaccine Injury Act of 1986 and with parents of vaccine injured children to bring the issue of vaccine safety to public attention, including leading demonstrations at the Centers for Disease Control in Atlanta and the White House in 1986.

She conducted research and developed a comprehensive library on childhood infectious diseases, vaccines and federal vaccine research, regulation and policymaking that serves as the foundation for information disseminated by NVIC. She coordinated five scientific conferences, including the 1989 International Scientific Workshop on Pertussis and Pertussis Vaccines and four International Public Conferences on Vaccination in 1997, 2000, 2002 and 2009.

During the past 25 years, she has served as a consumer representative on vaccine advisory and public engagement committees, including the National Vaccine Advisory Committee (1988-1991); the Institute of Medicine Vaccine Safety Forum (1995-1998) where she helped coordinate five public workshops on vaccine safety issues; the FDA Vaccines and Related Biological Products Advisory Committee (1999-2002); the Vaccine Policy Analysis Collaborative (2002-2005); the Vaccine Safety Writing Group (2009) and is a member of the Consumer’s United for Evidence-Based Healthcare, Cochrane Collaboration – U.S. She provides public comment at federal health agency meetings, has testified in Congress and state legislative hearings and is a featured speaker at health care conferences.

Barbara has been quoted on the subject of vaccine safety and informed consent to vaccination in national news reports including the New York Times, Wall Street Journal, Washington Post, USA Today, Time, and Newsweek. Since 1993, she has debated more doctors on the subject of vaccination than any other American, including on NBC’s “The Today Show,” as well as on CNN, CBS, Fox, MSNBC, Al Jazeera America and National Public Radio. She has appeared in vaccine news reports on CBS “Sunday Morning News,” ABC “World News Tonight” ABC “Nightline,” PBS “Frontline” and CBS “The Doctors.”

She has authored position statements and articles that have contributed to the national dialogue about vaccine safety and informed consent, including “The Moral Right to Conscientious, Philosophical and Personal Belief Exemption to Vaccination” (National Vaccine Advisory Committee 1997); “Shots in the Dark” (The Next City Magazine 1999); “Smallpox and Forced Vaccination: What Every American Needs to Know” (The Vaccine Reaction 2002); “In the Wake of Vaccines” (Mothering Magazine 2004); “Vaccines, Autism & Chronic Inflammation: The New Epidemic” (Autism File 2009); “Whooping Cough Outbreaks and Vaccine Failures” (NVIC Newsletter 2010); “Doctors Denying Vaccine Risks: An American Tragedy” (NVIC Newsletter 2011); “Influenza Deaths: The Hype vs. the Evidence” (NVIC Newsletter 2012); “Measles Reports in America: What Does It mean?” (NVIC Newsletter 2013); “Leave Parents Free to Choose Vaccines” (USA Today 2014), and The Vaccine Culture War in America: Are You Ready? (2015).

The daughter of a nurse and an Army officer, she graduated from the University of Maryland with a B.A. in English and was a writer and community relations professional at a teaching hospital before becoming a Mom in 1978. The mother of three grown children, her oldest son suffered a convulsion, collapse and brain inflammation within hours of his fourth DPT shot in 1980 when he was two and a half years old and was left with multiple learning disabilities and attention deficit disorder.