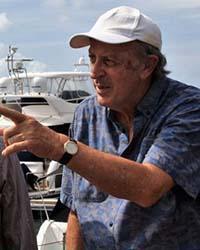 Barry Eaton is a well-known radio and TV presenter, author and journalist, spending most of his career at ABC and various commercial stations in Sydney, Australia. He is also an astrologer, medium, and psychic intuitive, and Radio Out There, his interactive internet radio program, allows his guests to share their metaphysical knowledge to the world.

Barry, who studied mediumship at the Arthur Findlay College in the UK, is also an acclaimed writer who has scripted and narrated many documentary films and corporate presentations. As well, he is credited with numerous feature stories for magazines and newspapers based on his expertise in travel, entertainment, astrology, and spirituality.