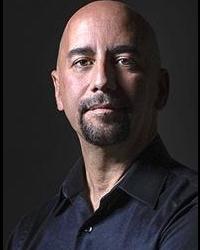 Barry Goldsteins musical experience spans many styles and genres from Co-Producing the Grammy Award winning track " 69 Freedom special with Les Paul for Best Rock Instrumental in 2005, to providing ambient music for Shirley Maclaine. Barry has composed and produced for Television, Film, Major record labels and Top Ten Recording artists and has worked with some of the hottest studio musicians in the industry

Barry believes strongly in the healing aspects of music and is a translator of Sacred Sound and Inspirational Song. He is a musitarian whose passion is sharing music, or as he calls it, "The Universal Language of Love" to assist in improving quality of life on an individual and global level.

As a performer, Barry has shared music from his critically acclaimed series Ambiology and his inspirational album "The Moment with audiences worldwide. He has opened up and shared space with New York Times Best-Selling Authors Wayne Dyer, Gregg Braden, Dannion Brinkley, Neale Donald Walsh, and James Van Praagh and has touched the audiences of Authors Deepak Chopra, Marianne Williamson and Dr. Michael Bernard Beckwith. Mr. Goldstein has hosted radio shows, written articles and facilitates workshops on utilizing music, sound and vibration in the healing process. He performs concerts internationallytouching people with Music from the Heart."

His music is being used globally as well as individually in hospitals, hospices, wellness centers, and individual practices. Barry has presented at Grand Rounds, a ritual of medical education, providing valuable information on utilizing music and mindfulness techniques to assist patients and doctors on improving quality of treatment. He recently opened and presented at the American Association of Naturopathic Practitioners convention and Barrys music is the first to be distributed by Natural Partners, one of the premiere one-stop shopping centers for medical professionals wishing to improve patient health.