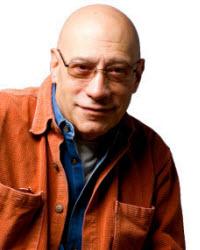 Following a career in the sale, design and production of electroformed diamond products, Barry was hired as a nuclear component machinist by the Electric Boat division of General Dynamics. Fast- tracked into nuclear installation management,
he became the senior shift supervisor of reactor component installation. During his Electric Boat career he was given special clearance to go to sea - under the sea - as a civilian on the USS Ohio, the first Trident class submarine.
In 1983, he founded Keystone Equipment Leasing, Inc. Keystone was among the first to successfully market equipment financing on the internet, starting in 1994. That also made it a target of those perpetrating financial fraud. Barry has worked with Federal and state law enforcement on numerous occasions, including three
successful fraud prosecutions, and has lectured on fraud prevention to the leasing and credit industries.
Memory Shock is his proprietary system of training in memory techniques. Barry teaches the program at two units of the State University of New York and has presented Memory Shock at a two-hour seminar for teachers and graduate students at Long Island University's Graduate Education Department. He also lectures on
mnemonics at the NYPD Police Academy. He credits the Memory Shock system with his winning an entry into the World Series of Poker Main Event in 2009. His book, "Secrets, Tips and Tricks of a Powerful Memory: The Memory Shock Oh-So-Easy How-to-Remember User's Guide for Your Brain" was published in May 2012,and is available on Amazon and at www.MemoryShock.com.