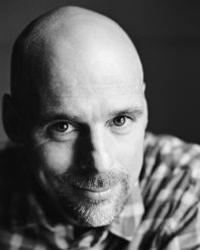 Bart Campolo is the outreach coordinator of Abraham's Path, a conflict transformation organization whose signature project is a walking trail following the footsteps of Abraham across ten countries in the Middle East. Bart is also the leader of The Walnut Hills Fellowship, a small faith community in inner city Cincinnati, and the founder of Mission Year, a Christian ministry which recruits committed young adults to live and work among the poor in inner-city neighborhoods across the United States.

Born and raised in suburban Philadelphia, Bart graduated from Brown University in 1985 & began working with young people in Minneapolis, where he met and married his wife, Marty. In 1989 Bart & Marty moved to West Philadelphia to found the ministry which became Mission Year, and to begin raising their children, Miranda and Roman. In 2005, after nearly two decades of organizational leadership, the Campolo family moved from Philadelphia to Cincinnati, hoping to love their neighbors in a more personal way.