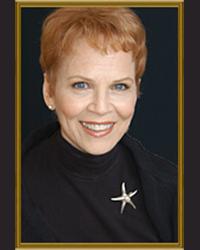 A Philadelphia native with a B.F.A. from the University of Pennsylvania, Betsy Thompson worked as an account executive for several Philadelphia radio stations and as a commercial print model, appearing in television commercials in Philadelphia and New York. After moving to California, Betsy struggled and nearly became homeless. After she recognized her tendency to blame everyone else for her problems and decided to become accountable, she began to recover. For the next eighteen years, Betsy worked as an Executive Assistant to an entertainment executive in the film industry. She retired in 2005 and is now writing full time.
Betsy has a passion for communicating spiritual concepts. Her lessons have been about understanding how she faces herself wherever she goes. Betsy finally realized that each job and each person was an opportunity to know herself better, not an opportunity to blame others for her problems.


In addition to The WHAT HAPPENS IF IBook How to Make Action/Reaction Work For You Instead of Against You, Betsy is the author of WALKING THROUGH ILLUSION, THE MIRROR THEORY, LOVEPARENT, LOVEHUMAN, and, YOU ARE WHAT YOU THINK: Make Your Thoughts Delicious