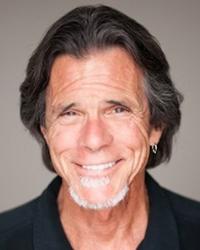 Brad Willis, a.k.a. Bhava Ram, is a former NBC News war correspondent who reported from the Middle East, Asian, Africa, Latin America, and beyond. He is the recipient of the prestigious Alfred I. duPont Award, considered the broadcast equivalent of the Pulitzer Prize, for his work inside Afghanistan during the Soviet occupation.


Self-healed from a broken back, failed surgery, and cancer, he is a graduate of Kerala Ayurveda Academy and the American Institute of Vedic Studies.

Now Ram devotes his time and energies to teaching the sister sciences of Yoga and Ayurveda. He is the founder of Deep Yoga, based in San Diego, and with his wife, Laura Plumb, leads Mastery of Life trainings, Yoga Teacher trainings, retreats, and workshops in the United States and India.

He recently did a TEDx talk based on the experiences he writes about in Warrior Pose.

Bhava Ram is also a spiritual musician and author of two previous books, Deep Yoga: Ancient Wisdom for Modern Times, and The Eight Limbs of Yoga: Pathway to Liberation.