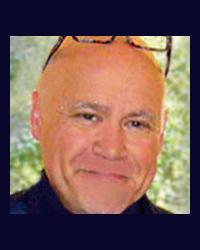 A native of Southern California, Bill Wade began his career in the visual arts at the age of seven when he bought his first Kodak camera. As a teenager he won recognition from Kodak Intl. that spurred him on to professional work.


After production internships at ABC and NBC affiliates he began producing and directing a consumer legal affairs program AT THE BAR in San Diego followed by THE WEEKEND MAGAZINE, a music video and information program in Nashville. He was the producer for NO GUTS NO GLORY, behind the scenes football information and inspiration featuring Superbowl quarterback Jim McMahon. He also developed the concept for EXTREME EXPOSURES, a long running photography series on National Geographic TV. In recent years he's worked for broadcast station groups in Washington D.C, Florida, and San Francisco. Then having reached his goal of national network level television in Los Angeles, the next challenge he chose was creating his own content for global distribution.


In the process of producing and directing SECRETS OF LOVE, Bill says "The synchronous events that have happened on this long journey makes it clear that there are forces larger than me that are at work behind the scenes." He says there's been repeated indications of the 'hand of God' working...like through those providing the equity funding for the production budget even during our country's downturn in 2009-2010.


The 'heart child' of independent filmmaker and video journalist Bill Wade, Secrets of love is the fascinating, sometimes funny, and always instructive dialogues that are are the remarkable result of his inquiries over more than four years, working with more than 70 people on both coasts, a writer in Paris, production crews, software engineers, and editors in Los Angeles, Seattle, and San Francisco.