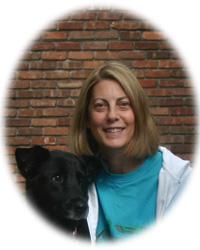 Billii Roberti is the former owner of I AM Books, The Center for Holistic Learning, in Huntington, New York, which is on Long Island. Her store and holistic learning center were dedicated to helping her customers in their process of self-discovery. In addition to books, she sold music and meditation CDs, crystals and other tools of transformation.

Billii has been on a spiritual path since 1986 and has been practicing the Mer-Ka-Ba Meditation since 2001, when she took Maureens Flower of Life workshop. Grounded in a scientific view of life, Billii discovered its limitations in college and began a course of self-exploration which led her into the psychological, metaphysical, mystical and spiritual realms.

She was the founder, editor-in-chief and head writer for Journal of Healing, a now-defunct e-zine on holistic healing and transformation. From there, she segued into the News Editor for Drunvalo Melchizedeks e-zine, Spirit of Maat www.spiritofmaat.com, as well as writing a few full-length feature articles for it on frontier science, peace and homeopathy.

Billii worked closely with Maureen editing her first ground-breaking book, You Are the Genie in the Bottle. Billii has a way with words, both oral and written. She can distill intricate scientific principles and mystical truths into clear, understandableand sometimes pithylanguage.

She is currently engaged in facilitating A Course In Miracles group, as well as lecturing on what to expect in 2012, revising and editing text on the Health Frequency, developing other classes about connecting with Spirit, as well as directing a green renovation of her home.

Billii is well-respected on Long Island and in New York as an authority on green living, holistic healing, mysticism and spirituality, as well as for her keen insight into scientific and spiritual teachings and how they interconnect.

Billii is a guest interviewer for the nationally syndicated Heaven Scent with Maureen St. Germain.