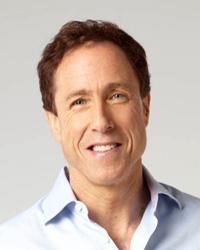 In 1982, after a painful divorce and financial hardships, Blair realized the money he made and lost, and the relationships that worked and the ones that didn't, all had one thing in common: Blair

Although obvious in hindsight, at the time it was a rude awakening. He set out on a quest to learn, to grow, to develop and ultimately as he puts it, "Win the battle in my own head," to master his "Little Voice" that was undermining his happiness and success. So began his 25-year journey working with the most powerful mentors, coaches and personal development gurus in the world. With each technique and insight that he learned from them, he made more money, built better businesses, eventually even found the love of his life, and built an incredible family. He began living the life of his dreams.

Blair kept thinking "how can I teach this so that every person can have the extraordinary life they were meant to live?" And, "How can I provide the techniques to win the war between your ears?" Blair accomplished his goal with his new book, Little Voice Mastery: How to Win the War Between Your Ears in 30 Seconds or Less and Have an Extraordinary Life. He now speaks to tens of thousands of people all around the world on "Little Voice" Mastery and how it can be applied to better lives personally and professionally.

Blair is the Co-Founder and CEO of SalesPartners Worldwide, a global franchise network of professional mentors and business builders. He's founder of Little Voice Mastery Institute, the virtual learning center that helps people move beyond their "Little Voice" to become the bigger, more powerful people they were meant to be.