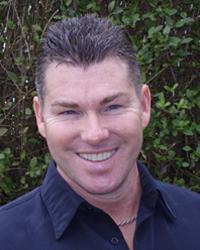 After losing both of his parents to cancer within a six month period fifteen years ago, he has since dedicated his life to encouraging people to take charge of their health. Brad believesIts not that you age it is how you choose to age that matters.

Brad is the author of 10 books including the international best seller, Fat Wars 45 Days to Transform Your Body, and the award winning Beer Belly Blues: What Every Aging Man and the Women in His Life Need to Know.

Aside from being an inductee into the prestigious Sports Nutrition Hall of Fame, he is also the head sports nutritionist for Athletes United; one of the worlds most esteemed sports organizations and sits of the board of directors for CHIthe premiere sports nutrition education center.

Brad formulates the highest quality nutritional supplements for the natural health industry and has won many gold medal awards over the years for these products. He receives testimonials on a daily basis from those whose lives he has changed.

Brads depth of knowledge and sense of humor make him a popular interview and he has been featured on thousands of television and radio programs as well as both magazine and newspaper articles throughout North America as a leading health expert. Some of these interviews include: The Today Show, Canada AM, Balance TV, Macleans, Oxygen, The National Post, Chatelaine and Live with Marcus and Lisa.
Listen to Brad live every week at noon Pacific/3pm Eastern as he hosts the talk radio program Transforming Health with Brad King which can be heard at www.VoiceAmerica.com The Health and Wellness Channel.