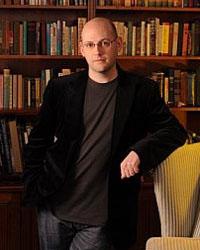 Brad Meltzer is the 1 New York Times bestselling author of The Book of Fate, as well as the bestsellers The Tenth Justice, Dead Even, The First Counsel, The Millionaires and The Zero Game. He is also one of the co-creators of the TV show, Jack & Bobby - and is the number one selling author of the critically acclaimed comic books, Identity Crisis and Justice League of America, for which he won the prestigious Eisner Award. His newest thriller, The Book of Lies, was just released.

Raised in Brooklyn and Miami, Brad is a graduate of the University of Michigan and Columbia Law School. Brad has played himself as an extra in Woody Allens Celebrity, co-wrote the swearing in oath for AmeriCorps, the national service program, and earned credit from Columbia Law School for writing his first book, which became The Tenth Justice. Before all of that, he got 24 rejection letters for his true first novel, which still sits on his shelf, published by Kinkos. Brad currently lives in Florida with his wife, whos also an attorney.