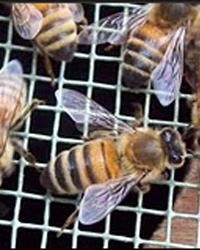 The NLEN mission is to improve the earnings potential of residents in North Lawndale, one of the most severely economically disadvantaged communities in the city of Chicago.


A wholly owned subsidiary of NLEN, Sweet Beginnings is a transitional jobs program that provides green collar jobs producing honey in an urban neighborhood setting and manufacturing and marketing honey-based personal care products under the beeline label throughout the Midwest region at Whole Food stores and high-end specialty boutiques, like Mark Shale.


Under Brenda's leadership, NLEN received one of the first 2006 MacArthur Foundation Awards for Creative and Effective Institutions, the Shore Bank Community Impact Award in 2007 and the federal Going Home Pilot Program in partnership with the Illinois Department of Corrections. Most recently, Brenda has joined the Board of Directors for the Emergency Fund.


Brenda holds a Bachelor degree in Business Management from the University of Phoenix and in July 2008 attended the Harvard Business School, Strategic Perspectives in Non Profit Management, as a Roman Nomitch Fellow, and scholarship recipient. Brenda was also a member of the second class of graduates from the Chicago Urban League's nextOne program, an intensive business marketing entrepreneurial training program that included classes at Northwestern University's Kellogg School of Management.


Most recently, Brenda was featured in the April issue of Chicago Magazine as a 2009 Green Awards recipient, was the 2008 Aspen Institute Ideas Fellow, and was awarded the 2009 Phenomenal Woman Award by the Black Womens Expo.