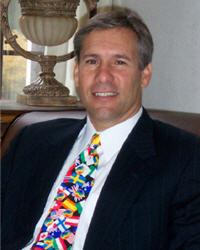 "A Call to Consciousness" is a weekly radio show broadcast in the Greater Los Angeles and is also streamed to thousands of listeners each week live on the web. The show focuses on people who are doing extraordinary things in their countries, towns and villages across the world. The common theme of these individuals is that they are being of "service to others." through humanitarian, civil rights, human rights, social justice and green living actions.

Brian interviews a weekly guest discussing where the person was, what took place to create the change they are making in the world with the work they now do to be of service to others and what they are doing now to support and share this change with others.

The aim of the show is to facilitate and implement equality among all people and nationalities. Brian primary work is in suggesting structures in impoverished societies to eradicate war, illnesses, poverty and a sense of separation from others.

Brian McClure is a politically conscious human rights activist. He has been a national radio guest and has been interviewed on over 50 radio stations nationwide. He speaks at non-denominational churches, schools and conferences nationwide about the importance of creating global unity. He has been interviewed on CNN radio, PBS TV, NBC TV and has appeared in publications worldwide. Brians humanitarian efforts have extended worldwide and the Universal symbol has been embraced by over 67 countries and counting. Visit Universal Flag.