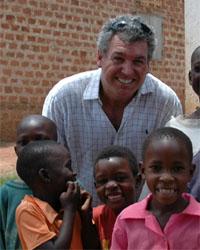 Brian Mullaney is a Founding Director and the current President of The Smile Train.

Brian has been involved with various surgery-related children's charities for more than 17 years beginning with a childrens charity he started in New York City that provided free plastic surgery for hundreds of indigent children.

Over the past 17 years, Brian has traveled hundreds of thousands of miles, visited many developing countries including China, India, Vietnam, Gaza Strip and Brazil. On these trips Brian has met with thousands of children who suffer with cleft lip and palate as well as with hundreds of leading cleft surgeons and medical experts.

Brian has a degree in business economics from Harvard University and worked in advertising for more than 20 years. He founded Schell/Mullaney advertising in 1990, a high-tech marketing agency which was sold in 1996 to CKS, America's first publicly-held, interactive advertising agency.