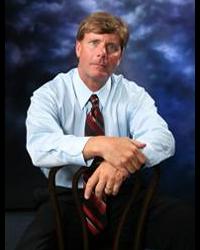 Professional speaker, author, and radio show personality Bryan Dodge will open your mind and heart to help you focus on the most essential aspects of life. Most importantly, he will inspire you to reach your full potential with your family and career.

A native of Colorado Springs, Colorado, Bryan Dodge began his career in agricultural sales after graduating from the University of Nebraska. His desire to excel led him to become an avid student of success habits and leadership principles. After an award-winning career in sales, this same avid study, now a lifelong passion, changed his life and eventually launched his speaking career.

Early on, he started a company Results that promoted sales seminars throughout the United States and Canada. His company grew to more than 60employees. Relocating to Dallas, he expanded his business, filling stadiums in major cities with events featuring the most sought-after national motivational personalities, with whom Bryan shared the speaking platform.

After 12 years, he sold this successful business to focus on sharing his own knowledge and experiences with audiences directly. He is now one of America's most sought-after speakers, making over 250 appearances in the U.S. and Canada last year.

His relationships with top CEOs and other nationally known trainers have given him a wealth of knowledge that he readily shares through his keynotes,workshops, products and radio program. Through the years, he has inspired audiences within thousands of major corporations, professional associations,and other organizations.

At all of his events, he stresses the importance of keeping professional life and personal life in balance. Bryan practices what he teaches when he says that he goes home to his most important job: being an involved and dedicated father and husband. He and his wife, Margaret, have three children. He has been very active in coaching soccer and football and working with kids in YMCA programs. Outside of his love for reading, Bryan's hobbies are mostly outdoor activities such as hunting and skiing.