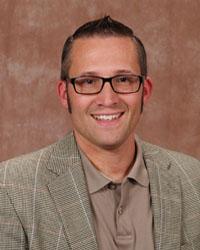 Bryan Drollinger is a Presidential Director of Take Shape for Life and an influential leader, speaker and trainer, helping tens of thousands of individuals with the Take Shape for Life program through his network of coaches. Bryan is a living testimony that satisfaction comes from truly living the Trilogy of Optimal Health. Bryan and his wife, Jodi, have been distinguished Presidential Directors since 2006 and are very dedicated to sharing their knowledge with everyone.

Bryans journey with Take Shape For Life did not start with success. He was an overworked owner of a contracting business working 60-80 hours per week who was exhausted and overweight. After meeting Dr. Wayne Andersen in Portland at the end of 2001, Bryan began his journey to just lose a few pounds. After losing 20 pounds in his first month, he immediately became aware of the benefits and began coaching others.

Bryan somehow found time to work an additional 10 hours a week part-time as a Health Coach, at the end of 1 year he had reached his goal of acquiring 100 clients with over 1000 people in his group and was ready for an even bigger endeavor.

You will hear Bryan always say that he has failed his way to success. After 2 years of being a Certified Health Coach with Take Shape For Life, his brother acquired his contracting business of 8 years and he invested everything in the Take Shape for Life program at which time he began making a six-figure income for the first time in his life. He is a leader and mentor with the philosophy of leading others by example through integrity and honesty. He has however always been engaged in Dr. Andersens mission in getting America healthy and knows that luck is where opportunity meets preparedness. Something that he learned early on from his parents who are now Global Directors in the Take Shape for Life business is you can achieve anything that you want to if you put mind to it and always look for the good in others.

Bryan has maintained his belief in these principles throughout his trials and errors to achieve his success. Bryan is very grateful for his business coach and mentor Dan Bell in addition to the amazing leadership of Dr. Wayne Andersen.

As a true leader and someone who started with Take Shape For Life from its infancy, Bryan enjoys sharing the steps he took on his journey to success. One of the most important things he teaches is that genuinely caring about people and letting it show is what matters most. Its not about making a sale, but about helping people get healthy and extending or saving a life that really makes the difference.

Bryan currently lives in Meridian, Idaho with his wife, Jodi. They have also been blessed with 5 beautiful children, Darien, Conner, Whitney, Maci and Brynn.