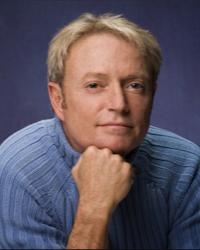 Byron Nease has performed in concerts from Carnegie Hall to the Hollywood Bowl with dozens of symphonies under such illustrious conductors as Skitch Henderson and Peter Nero. Honored to have sung at The White House for four U.S. Presidents and spoken in the Senate Chambers, he has also performed high atop New York City at the world renowned Rainbow Room. Nease has sung in over 100 countries around the world.

Seemingly born to be a leading man, Byron Nease has enjoyed tremendous success as a performer. He made his Broadway debut with the legendary Angela Lansbury in Mame, playing the role of Patrick. Nease co-stared in the stage production of Annie Get Your Gun with veteran actress Bonnie Franklin. Audiences across the U.S. have thrilled to his portrayals in Camelot, A Little Night Music, West Side Story, Carousel, and South Pacific, to name a few. His portrayal of Raoul in Andrew Lloyd Webers The Phantom of the Opera contrasted sharply to his role as the Phantom in the beautiful Kopit/Yeston Phantom.

The Phantom of the Opera is the longest running production in the history of Broadway and it has been deemed the most successful world-wide entertainment venture of all time.