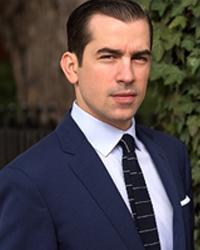 Callahan Walsh is a child advocate for the National Center for Missing & Exploited Children (NCMEC). He is the son of John and Revé Walsh, who co-founded NCMEC in 1984 after the kidnapping and murder of their first son Adam Walsh.

Prior to joining the National Center for Missing & Exploited Children, Callahan worked on America’s Most Wanted. Following in his parent’s footsteps, Callahan has focused his energy on helping find missing children, reducing child sexual exploitation and preventing child victimization.