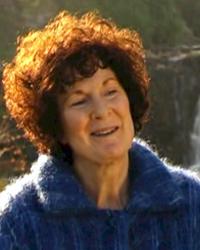 Camilla Chance was born in England in 1940, and educated in London, Switzerland, Italy and Australia, where she graduated in Arts from Melbourne University. She became a member of the Baha'i Faith at the age of 22.

Since graduation, Camilla has been a lyric writer for an international performing group, the Kuban Cossacks, a high school teacher, an editor, a wife and mother, and a book reviewer for two prestigious Australian newspapers The Age and The Australian. From 1980 to 1982 she reviewed books by and about Aboriginal people, aiming to create understanding of the then often misunderstood Australian Aboriginal culture.

Camilla met Aboriginal Elder Banjo Clarke in 1975, and at his request wrote down his story and philosophy. This turned out to be a 27-year long labour of love, the book Wisdom Man. It became an immediate best-seller in Australia, and in 2005 the second edition won the American USABookNews.com Award for best multicultural work. In that year Camilla was also the first non-Aboriginal to receive the prestigious Unsung Hero Award from Aboriginal people for her dedicated friendship and work for them "behind the scenes".

Camilla has given a great many talks, often introduced by Aboriginal people, both all over Australia and internationally. She believes the only truly effective things in this era are deeds done from the whole heart, with selfless motives, and she strongly agrees with Banjo Clarke that there are no bad people in the world only unhappy ones. She also thinks that indigenous people who are true to their old laws are living the closest to how we all need to live now, for our planet to survive.