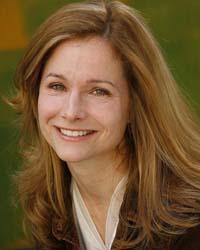 If you're searching for the man of your dreams or struggling with a guy you once thought was dreamy, Carol Allens got your backand the information you need to be happy in love Shes counseled thousands of people both in private practice, as the host of her own internet radio show, and through her seminar series, working with everyone from housewives to Super Models, TV stars, and English Royalty - in the area of relationship as both a Vedic astrologer the system of ancient India, which has been used for thousands of years to arrange marriages, so is hair-splittingly accurate on the topic of love and relationship coach. Shes helped people in every possible circumstance single and dateless, dating and anxious, together and confused, or married and miserable.
From 2006 until 2009 Carol hosted the Internet Radio Show, Enlightening Relationships, where she interviewed the most incredible and celebrated relationship experts from all facets of the field including John Gray, Debbie Ford, Rhonda Britten, Marci Shimoff, Christian Carter, and Gay and Kathlyn Hendricks, as well as matchmakers, internet dating experts, therapists, love coaches, fertility experts, erectile dysfunction doctors, and more

Carol offers such hope and inspiration for any woman that's been waiting for her romantic destiny to kick in, as well as all the best tools and tips to keep it alive and thriving once it does. I highly recommend it." -- Arielle Ford, author of The Soulmate Kit, the Hot Chocolate For The Mystical Soul series, and host of Mystical Cafe on Lime, SIRIUS Satellite Radio.

Carols been a featured guest on dozens of local and nationally syndicated radio shows, and has been seen on CBS News, &8213;Bridezillas,&8214; and an ETelevision special. Shes been a paid guest speaker at several international conferences on Vedic Astrology and relationships, as well as for personal-growth organizations and retreats such as The Oaks Spa in Ojai, California, and The Sivanada Yoga Farm in Grass Valley, California. Her writings have been in several books including Hot Chocolate for the Mystical Soul series, A Second Chicken Soup for the Womans Soul, The Whole Life Times, New Woman Spirit, The Taos Sun, The Journal for the American Council of Vedic Astrology, and Womans World.

Carols thrilled to have written her first ebook, Love Is in the Stars The Wise Womans Astrological Guide To Men, which launched in September, 2007, and has created many subsequent programs and seminars for women, addressing the intersection of love and astrology. To find her catalogue of work, and her favorite FREE astrological tips on love that she promises youve never seen anywhere else.

Carol and her husband live in Los Angeles with their four cats and a dog.