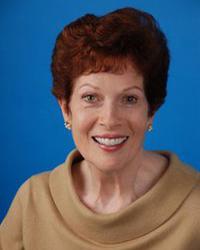 Carol Marleigh Kline is the author of Streetwise Spirituality: 28 Days to Inner Fitness and Everyday Enlightenment.


When she was 13, Carol's mother began to go to lectures at a metaphysical "church." Carol tagged along. But when she turned 17, Carol morphed into a teenager. Although she continued to listen to the lectures, she ignored what she heard. She did, however, collect 35 years' worth of lecture transcripts over time, which she stuffed away in a packing box and forgot about. The box traveled with her around the world. She couldnt bear to throw it away, but she didn't open it, either.


When she moved to Portland, Oregon in 2005, Carol says she was feeling deeply disappointed in her life. Neither love nor careers had brought her the happiness and peace she wanted. Sitting in her condo, she decided to throw out that old box of lecture transcripts. She couldn't imagine why she still had it. For old times' sake, she opened the box. That was when she realized how different her life could have been if she had decided to live by the simple principles outlined in the transcripts.


Carol spent three years writing Streetwise Spirituality. She leads workshops on topics that deal with the spirituality of love in all its many disguises, as well as on how to unplug from negative core beliefs, such as "I should do everything perfectly," "I should please other people to gain love and security," or even "The world should give me what I want." She was named to the Who's Who of American Women, and she hosts a weekly online radio program at Contact Talk Radio, also called "Streetwise Spirituality." She has a Master's degree in Japanese philosophy from Columbia University. Carol is a former television news anchor and talk show host, and was a program coordinator for the Smithsonian Resident Associates. She currently telecommutes as the editor of the Journal of the American Chiropractic Association.