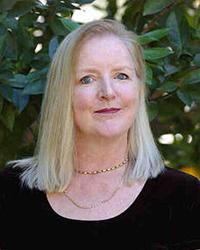 Carol P. Christ Ph.D. Yale, 1974 is a pioneer in the study of Women and Religion and in the Goddess and Women's Spirituality movements. The anthologies Womanspirit Rising 1979 and Weaving the Visions 1989 which she co-edited with Judith Plaskow transformed the way religion is understood and taught in North America. Her first book Diving Deep and Surfacing 1980 changed women's lives and became a classic in the study of women and religion. Laugher of Aphrodite 1987 and Odyssey with the Goddess 1995 chart her spiritual and intellectual journey from God to Goddess; while Rebirth of the Goddess 1997 is the first feminist Goddess thealogy.


In She Who Changes, Carol continues the work she began years ago of providing intellectual foundations for deeply held feelings about the meaning of changing life, the body, relationship, interconnection, and the need for female images of divine power.

She has received several fellowships from the National Endowment from the Humanities and has taught at Pomona College, Harvard Divinity School, and Columbia University. In 1987 she resigned a tenured full professorship at San Jose State University to move to Greece, where she has recently become a citizen of her adopted country.

She directs Ariadne Institute for the Study of Myth and Ritual, offering Goddess Pilgrimages to Crete and a Sacred Journey in Greece www.goddessariadne.org. She has been active in feminist, peace, and environmental movements for decades.