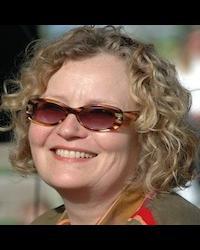 As a child, Graye studied classical piano, sang in church and school, and listened to the swing and jazz standards that her parents loved. As a teenager, she studied and taught guitar lessons, and was influenced by Laura Nyro, Blood Sweat and Tears, folk music, and the rock and funk groups of the '60s and '70s. She majored in piano and voice at Eastern Washington State College now EWSU, and played in bands throughout the western U.S. She began teaching at the Cornish College of the Arts while studying with Julian Priester, Gary Peacock, Dave Holland, and James Knapp. After completing a BFA in jazz performance, she earned an MA in musicology from the University of Washington, where she studied with Chris Waterman and Howard Becker.

Graye has performed at Jazz Alley, Earshot Art of Jazz Series, ACT theatre, Bumbershoot, and Bellevue Jazz Festival. She lived and worked in Europe Prague and has been sponsored by the U.S. State Department for concerts and workshops in La Paz, Bolivia and the Balkans Bosnia-Herzegovina, Serbia, and Macedonia.

Graye's 1996 debut CD featured Julian Priester, Jay Thomas, and Jessica Williams in duo, quintet and sextet settings and was chosen as a top pick by the Seattle Weekly and Bay area radio host, Bob Parlocha. Her duo recording with pianist Jessica Williams Songs, 2003 also made Parlocha's top pick list. Her third release, Poems by Denise Levertov 2005 is the result of a collaboration that took place with the extraordinary poet in the last year of Levertov's life. It received very favorable reviews in the Seattle Times and several poetry publications and was funded in part by grants from the Jack Straw Foundation, Montana Artists Refuge, and Artist Trust.

Graye has taught at the Cornish College, University of Washington, Highline Community College, Seattle Pacific University, and as an artist-in-residence at several high schools. She currently teaches privately in the Seattle area and enjoys working with students who are committed to developing an authentic sound and solid musicianship. She also offers workshops in repertoire, improvisation, and ensemble singing through the Musicianship for Singers series. She's very keen on helping singers and songwriters master the keyboard, theory, and performance skills they need to achieve their creative goals.

As a researcher, Graye is interested in the sociocultural roles and identities that jazz musicians develop and maintain throughout their careers. She has presented papers at conferences for the Society of Ethnomusicology SEM and the International Association for the Study of Popular Music IASPM, and has contributed to All About Jazz and Earshot Jazz.