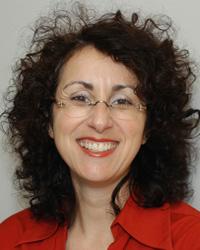 Carolyn founded Imagination Edge Inc. www.imedge.net in 1994 as a small-business marketing consulting firm. She created On-Demand and Relief Marketing services allowing small companies to obtain the experience and personalized services of a professional marketer without the financial commitment of a marketing department or adding additional full-time staff.

In 2004, after spending two years managing the backend of the business as well as being a stay-at-home mom, Carolyn took the love of her contesting hobby and combined it with her extensive marketing background. The result was the first Internet-focused contest resource book in Canada called You Cant Win If You Dont Enter, released in 2006. In conjunction with the book she launched the first contest resource website in Canada, www.contestqueen.com with links to contesting sites, groups and forums, contest management companies, contesting software and more. The American Edition of You Cant Win If You Dont Enter was released in 2008.

In keeping with her objective of teaching others how to have fun, she produces a free bi-weekly e-newsletter called The Winning EDGE that includes contesting stories, tips, tricks and links to new contests. Carolyn runs workshops: How to Win Cash, Cars, Trips and MoreOnline and Attracting Luck for hundreds of people annually. You can also listen to Carolyn online as she interviews the movers and shakers in the promotional industry and sweepstaking community on her bi-weekly Internet show; With The Contest Queen www.blogtalkradio.com/contestqueen, or read her take on the hobby on her blog, From The Contest Queen www.fromthe.contestqueen.com.

After being a featured speaker at numerous promotional events and U.S. sweepstaking conventions she formed Canadas first contesting clubs. Once several clubs had been firmly established, Carolyn co-founded the Canadian Contestors Association www.contestorsassociation.org which runs the Canadian Contestors Convention www.contestconvention.com. Carolyn, her volunteer team, and the convention were filmed by the CBC for a Doc Zone documentary and written about in Readers Digest, both released in 2008.

Carolyn has a unique perspective having "sat at both sides of the table", as both marketer and entrant, she is able to help her clients understand promotions from their customer's perspective and avoid the types of mistakes currently occurring in contests over and over again. She created Contest Auditing, Contest Pre-testing and Contest Education and Strategies services allowing companies to ensure a contest is designed to meet their objectives, and the promotion is operating properly, within government regulations, before public release.

Her efforts as a marketing expert landed her on the cover of Marketing Magazine in 2006 and was named by MORE Magazine as one of Canadas Top 40 Women over 40 in 2007.

Carolyn was nominated in 2006, 2008 and 2009 for the RBC Canadian Woman Entrepreneur of the Year, and in 2006 for Entrepreneur of the Year with the Whitby Chamber of Commerce. You Cant Win If You Dont Enter was selected as the Runner-Up in the Non-Fiction Category at the 2006 DIY Book Festival and Runner-Up in the How-To Category at the 2008 DIY Book Festival. In 2008 she also received her Competent Communicator and Competent Leader designations from Toastmasters International.