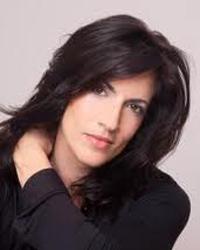 Many folks out there know Cathy DeBuono as an award winning comedic actor of film, TV and the web. What others have come to learn, is that Cathy has always been a keen intuitive, or more specifically an Empath. learn more at http://www.cathyisin.com


When you combine these inherent gifts with a master's degree in clinical psychology, a license in Marriage and Family Therapy, and almost a decade of clinical experience - you get Cathy DeBuono.


In 2008 Cathy combined her interests to create "What's Your Problem?" WYP, an online video blog that each week, focused on offering advice to viewers who had writtenin. Cathy's charismatic presence and quick wit came together with her knowledge of psychology and inherent nature as a healer to produce what turned out to be a globally
popular endeavor.


WYP was nominated in LOGO's 2008 New. Now. Next. awards, honored in CURVE magazine as one of the top 3 best series on the web 2 years running and has been acknowledged by almost every lesbian entertainment news outlet... world-wide.


On September 13, 2011, "Cathy Is In: The Cathy DeBuono Show" premiered live on LA Talk Radio, Transformation Talk Radio and WBLQ 1230AM RI. That month, 3,399 listeners downloaded the show's in podcast on LA Talk alone. By April 2012, that monthly number had steadily risen to well over 25,000.


In March 2012 "Cathy Is In: The Cathy DeBuono Show" expanded and added to the mix a live audience of more than 50,000 listeners on CBS New Sky Radio affiliates, KMPS Seattle, WBMX Boston, WOMC Detroit, WDSY Pittsburgh, TuneIn and Radio.com


With the addition of her snarky fiance, Jill, running the sound board and a "Check in with Lynn" segment where they call Cathy's Mom in NY for her two cents on random topics, "Cathy Is In: The Cathy DeBuono Show" delivers a solid hour of thoughtful substance wrapped in true entertainment.
Listen to "Cathy Is In: The Cathy DeBuono Show"
LIVE, THURSDAYS 2pm PST / 5pm EST
http://www.CathyIsIn.com